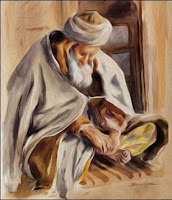 I recently (in early June) took some time off from life and work, decided to be completely unplugged for ten full days, with no access to any electronics whatsoever. This break from work coincided with the last 10 days of Ramadan, a practice called Itikaf, which is about secluding (surrendering) one's self to God by living day/night within the precincts of the Masjid boundaries, where one is engaged in various acts of worship, including self reflection, self-awareness & meditation. Itikaf is about leaving it all behind, including your own family.  I had actually made my decision sometime in April, a feeling that suddenly inspired me as something I just needed to do, without too much thought or planning. I immediately fired off an email at 5AM informing by boss (the CEO) of my upcoming intent, not really seeking his approval - I merely informed him that I'll be away from the office, completely unreachable for 10 full days, a personal life quest I needed to fulfil...thankfully, the boss didn't get in my way ;-)

When people, both friends and colleagues included, found out about my leave plans, they immediately enquired how I was going to manage the work topic. I lead a technology team responsible for an online video platform for DStv (providing live/linear streaming channels as well as video-on-demand Catch Up services, we also support a major part of the business with a full digital/web platform infrastructure). Around that time, my teams were working flat out to stabilise the platform, in preparation for the FIFA world cup. We will only be ready to "freeze" a week before world cup - how could I possibly leave the team at such a critical period??  On top of that, my division was part of an ongoing group-wide organisational restructure, in those two weeks, there was much HR work to do, including rationalising job roles across various technology divisions, job grading, role & people profiling, as well as one-on-one consultations. How could I leave the team leaderless through this period?? And to add a cherry on the top, whilst I would be on leave, the group's yearly Ops Review would've taken place, I would need to input into this stream as well.  As if this wasn't enough, there were concerns that my leadership team was fairly new, people had some doubts...

I wasn't really concerned by these, instead I saw it as the perfect opportunity to test my leadership team. Whilst a fairly new team that's been only recently formally announced, they are still in between the storming/norming phase (even though it's been over a year since they're under my leadership transformation). I wanted to test out a few things: 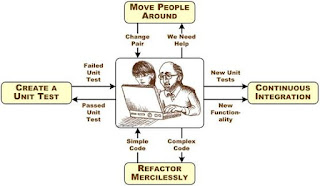 So I came up with this idea: Instead of leaving one single person as my cover or 2IC, I would take a page out of XP's (Extreme Programming) Pairing Developers and rather instead PAIR MY MANAGERS UP, called it "Paired Management" or "Extreme Leadership" XL ;-)

I did not have time to do any research on this concept, but it felt like the right thing to do - we've been doing paired leadership in our technical / DevOps operations space, a sort of failover, having a primary / secondary leader for redundancy, so how bad could it get?? (I've still not researched this topic, hence my reaching out on LinkedIn for commentary).

I also did not want to single out one particular person as my 2IC, for fear of sending out the wrong signal in terms of succession planning - and I also felt that no single person was ready yet for that role. I did however concede to having a single point of contact for the business or my boss, the go-to, only in the event of a crisis - everything else was shared between my leadership team. I am also quite reluctant to appoint a 2IC whenever I'm away, I want to grow a team that can self manage, self organise amongst themselves to lead as the situation demands, respect meritocracy instead of having someone assigned by false attributions. I also expect my direct reports to develop a sense of maturity, mutual respect & appreciation for each others strengths, weaknesses, remain humble, remove egos & sense of hubris, converging on what's best for the customer, etc.

My boss asked for a 2IC - I said no, not really. I'm going to pair my managers to represent me, but in the extreme case of a crisis, you can have a go-to person. My out of the office email message contained similar message.

How did I go about Pairing Managers?

So I needed to pair up my managers, but I had an odd number to deal with: Five (I'm still looking to hire a Technical Operations/Integrations manager, ping me if you're interested). Four males (strong technical), One female (agile project management). Since this is South Africa, as much as I'd like to ignore the topic of "race", it is actually still an issue in this country (I was surprised to see that not much had really changed in the workplace after returning home from working abroad for a decade). So "race" really can't be ignored in my humble opinion. I have two white male Afrikaans-speaking managers, two black African males, and one white English female, and I'm an Indian (6 generations in South Africa, British by naturalisation).

So I decided to pair the male managers up by race (mixed black/white), and as well as assigned pairing the most likely people who tended to rub against each other - i.e. where some healthy tension exists. This was deliberate on my part, my experiment to see if any conflicts arise and how they'd deal with it. The odd female manager was left to arbitrate and manage conflicts between the pairs if needed, be the voice of reason, as well as my aide for feedback on the experiment, as well as handle administrative finance & other operational responsibilities.

Each pair would spend a week in my shoes. Attending the necessary exec meetings, handling business communications, etc.  In the two weeks that I'd be on leave, it would have exposed all my direct reports to a reasonable chunk of my responsibilities - a view into my world. It would also expose my boss & fellow peers to my direct reports.

In terms of rules of engagement, I basically expressed my feelings that as senior managers I expect a modicum of maturity and respect, highlighting the following: 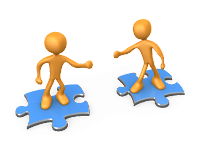 Suffice to say, not all my direct reports were comfortable with my pairing approach. One even voiced strong opinions against this pairing, in favour of just leaving a single person as 2IC or stand-in, will avoid all the energy lost in fighting with each other...

I did not relent. I can't have my direct reports not being in harmony. Healthy conflict and tension is good to a certain point, but if I have a leadership team who are incompatible with each other, then I have a much bigger problem on my hands. I also felt quite strongly the benefits of pairing far outweigh the other, just as the benefits of paired programming is much greater than just producing solid code (builds team rapport, encourages dialogue and collaboration, builds mutual respect, etc.). Pairing my managers up, I was hoping similar positives as seen from Paired Programming...

My ten days went by, and all was well at the office. The pairing worked well enough, although in retrospect, maybe 10 days is just too little?? Anyway, the group as well as individual feedback was that it went well - managers have gained some insight into my world, and were all too eager to give it back ;-) No serious conflicts. The technical platform performed well enough - no crisis. My boss was happy, there were no burning issues. HR was super impressed by my team stepping up to handle all the HR processes...positive feedback all round.

Was it a resounding success?? Probably not a resounding 100% earth shattering success -  but I do believe it has indeed planted the seeds for further experimentation. I know that no one else in the company has ever tried that before, so I am forging some new ways...there's definitely ways to improve going forward (like daily stand-ups for management team, getting my boss to interact more with my direct reports, exposing my direct reports to wider forums, empowering & delegating more).

If you've had experience with "Paired Management" please share with me...