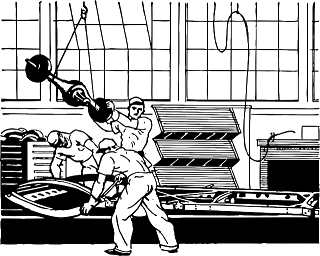 This week I was invited by @Farid from Crossbolt to tour the Nissan Production Line in Pretoria, to see first-hand the Lean / Kanban / Kaizen production model in action: Cars come off the line every four minutes (cycle time), Zero defects straight-through rate.

I jumped at the opportunity without hesitation. Although I've ran software projects as a factory-line model before, I had never actually been in a real car production factory before. Fareed had decided to take his IT Operations team on this tour, after doing the theoretical knowledge-share on Lean.

He felt it would make more sense for his team to witness first hand the theory in action, where the metaphors can be easily visualised and applied to an IT Ops / Systems Integration space. Not a bad idea...

This post is just a brief dump of my personal take-aways from the visit. I will try to expand on them in later posts once I've let the ideas play around my head for a while to morph into shape. Despite what some people might say: Software is a creative art, it can't be rushed and boxed into a production line, when it comes to pushing out consumer production software, I beg to differ: there are indeed many parallels from the manufacturing sector (which is seriously way more mature than software development) that can be drawn upon and applied to software teams - incidentally this is the roots of Scrum / Lean anyway - just taking the same concepts and applying it to software teams...

There's plenty of info on Kaizen / Kanban / Lean / Poka Yoke / Scrum - I won't go into detail here. For context though, the line we visited was a multi-model line. This means that the line produces more than one type of vehicle in a continuous flow. Any team on the line could be working on a different model at the same time. Some car production lines specialise in just one model, but this line builds at least four different models. Because the flow is continuous, a car comes off the production line every four minutes, like clockwork. The team working on the line therefore, are cross-functional and cross-skilled.